Why Content Server Won’t Start: Only one usage of each socket is normally permitted

Behavior:
Content Server will not start. In the Content Server error log and Event Viewer you see the error “Only one usage of each socket address (protocol/network address/port) is normally permitted”
TCP port 9001 is held open by an old Content Server instance that is no longer running, because child processes (Imaging Workers) spawned by that instance are still running. This can happen if Content Server stops unexpectedly. 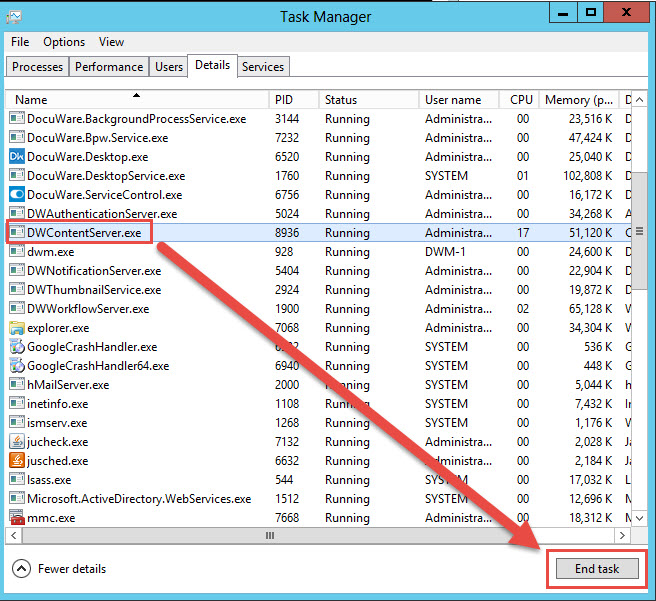 Open a command prompt as administrator and run the command netstat -ano >> c:\ports.txt
Open c:\ports.txt in Notepad and look for port 9001. It will reveal the process ID (PID) of the process that is listening on that port.

Look in task manager and confirm that no running processes have this PID.
Note: If you find a process with a matching PID, and it is not a DocuWare process, then the problem is another application is using the same port number as Content Server. Contact the system administrator to reconfigure that application on a different port.
Check in Task Manager if there are any instances of DocuWare.Imaging.Worker.exe running. Try to end those tasks. 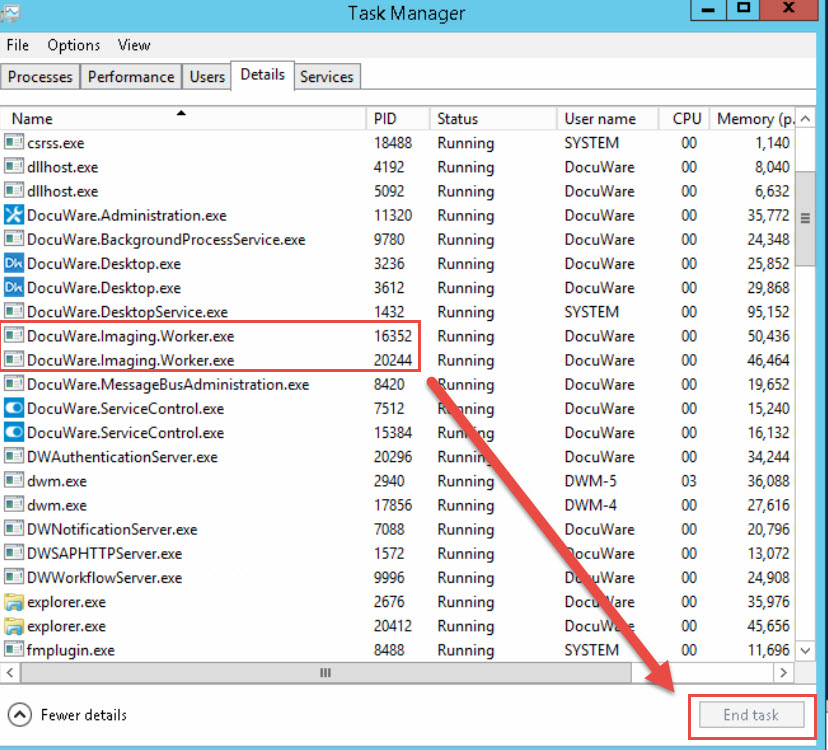 If they cannot be killed, make note of their PID numbers. Go back to the administrative command prompt and try to force close them with the command taskkill /f /pid 1234 (where 1234 is the PID for the Imaging Worker you saw in Task Manager).
If the tasks are successfully killed, restart Content Server.
Once a process is closed, the ownership of the port is handed back to system, and should be released very quickly thereafter. However, if the port still fails to release after the imaging workers are killed, the only solution is to reboot the server.